Jobs for the Future: From Cert to C-Level 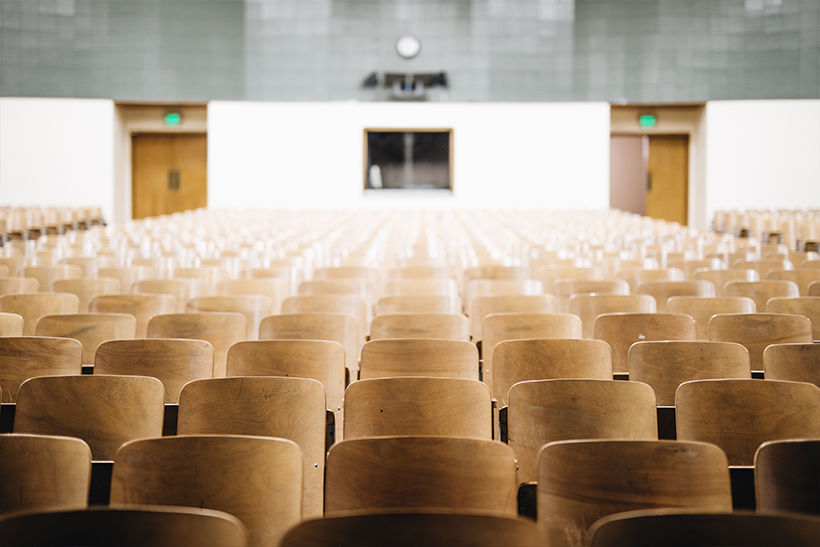 The best options for school leavers and career prospects for ‘post-millennials’.

With CAO offers now received, students from across Ireland will learn about the next phase of their academic journey or path to a professional career.

For some, a clear career path will already be forged. However, for others, their immediate future is less certain, with the deadline for Round One CAO offers due at the end of next week, meaning critical decisions still await.

Exam results and college offers provide challenges and opportunities in the short term, however, it is those that can benefit from the future state of the economy who are often positioned most strongly to succeed long-term.

So, let’s skip forward 5 years and examine the role technology, the future of work, and the state of Ireland’s economy can play in the discourse of career prospects for ‘post-millennials.’

Technology disruption, climate crisis, globalisation, demography, and political (and trading) shifts will all play significant roles in what our economy will look like in the next 10 years, so in which spheres should a school leaver look to position themselves to prepare for the future state of the economy and support ambitions which could ultimately lead to a C-level career?

It should be noted with any level of economic forecasting, variables and caveats must be applied. We only have to look at the uncertainty of Brexit, and the potential role an equalisation of corporation tax could play, for example in the sustainability of Foreign Direct Investment and resultant jobs.

In 2015, McKinsey estimated that automation could replace 45% of activity being undertaken by humans, but only 5% of jobs would be entirely replaced by tech.

This should help to reassure any young school leavers who fear for the future and the rise of tech and automation, however, now is not a time for complacency in what is and will continue to be a highly competitive job environment.

Before looking at specific roles, understanding the makeup of working arrangements is key to leveraging future career prospects.  The rise of the platform, gig, and sharing economy is a good place to start familiarising ourselves with economic and employment trends.

An increase in self-employment

In Ireland and the UK, the categorisation of ‘self-employed’ now constitutes 15% of the workforce (a 34% increase from 2008 – 2017), so studying courses or modules which help to inspire entrepreneurialism could help fast-track a successful career.

On the flip side, perhaps third level education isn’t for you, and if that’s the case, there’s good news, with large companies like PWC providing excellent opportunities within their School and College Leaver Programmes.

With Ireland nearing full employment, the government’s ‘Future Jobs Ireland 2019’ programme sets out ‘increasing productivity’ and ‘boosting participation rates’ as priorities to help take advantage of technological changes and embed them in all parts of our economy.

It cites concepts such as; immersive technologies, virtual, augmented and mixed reality gaming as growth areas that aspiring students should seek to embark on.

There is also a focus on increasing computing power and Big Data, both of which are accelerating the development of Artificial Intelligence in our tech sector.

In addition, with a low carbon economy a government priority, roles in research, development and innovation within smart grids, buildings and renewable technologies are viewed as strong prospects within the next five to ten years.

Where are the skills shortages?

From a skills perspective; complex problem solving, analytical and critical thinking were defined as the top three skills for 2022 and beyond by the WEF in their ‘Future of Jobs’ report, therefore studying subjects which engender these types of skills will only boost future employment prospects for those seeking to reach C-level.

At a micro level, 81% of Irish companies have stated (in the last year) that they are suffering from skills shortages, and whilst industries from construction to ICT, sciences to hospitality are all hiring, they are finding it difficult to source the right people for jobs.

It’s undoubtedly a candidate’s market at the moment with skills shortages and high demand for certain professions in key sectors such as Finance & Accounting, Tech and IT, and Pharma. From a sectoral perspective, in Finance, some of the roles we see as commanding top entry-level jobs include; Financial Analyst and Regulatory Reporting Accountants.

In pharma, demand is high and will continue to grow in Quality Assurance, with, elsewhere, roles in e-commerce, content marketing and CRM all representing key hiring areas for the next ten years.

In tech, the future continues to look bright with software engineers and developers, agile coaches, product owners, scrum masters, UI developers, UX/UI designers, and data analytics professionals set to be in demand for the next twenty years.

Recent PwC findings showed that about seven million existing UK jobs could be displaced by AI from 2017-2037, but about 7.2 million could be created, giving a small net jobs boost of around 200,000.

The report bodes well from an Irish perspective, showing that some sectors would benefit significantly, with jobs in health increasing by 22%, scientific and technical services by 16% and education by 6%.

Despite challenges with Brexit, Ireland remains in a good place. Undoubtedly the workplace is set to shift significantly, but sectors such as tech and finance look set to ensure our growth is sustained.

As we look ahead to the next five to ten years, the path from Leaving Cert to C Level looks as healthy in Ireland as it ever has.

This article was originally published in The Irish Times.

Download the Ardlinn 2019 Salary Guide for an overview of... END_OF_DOCUMENT_TOKEN_TO_BE_REPLACED