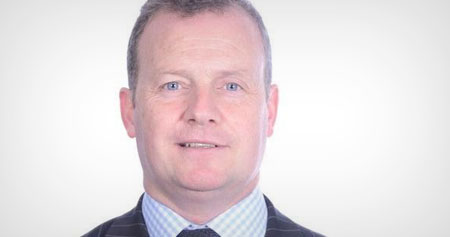 Mark joined Ardlinn in June 2017. He trained as a Chartered Accountant in London in the early 1990’s before moving to Brussels in 1997.

Mark spent 20 years in Brussels and worked for Hill+Knowlton Strategies for 15 years, seeing rapid expansion in the Brussels market and becoming the CFO/COO not only of the Brussels operation, but also Western Continental Europe. In 2012, Mark became a partner and COO of cabinet DN, overseeing a doubling in the size of the business. Mark has been responsible for recruitment and the mentoring of staff in these roles and built an extensive network in Brussels and throughout Europe during this period.

Mark is a fellow of the Institute of Directors (FIOD), is chairman of the Belgian chapter and also a fellow of the Chartered Accountants of England & Wales (FCA). He is an active member of the British Chamber of Commerce in Belgium and a trainer for the youth GAA club in Brussels. He is also responsible for GAA youth development in mainland Europe.

Mark’s work is prominently servicing clients from Ireland, the UK, France and Belgium. Over the last 20 years in Brussels, Mark has built up an extensive network of senior contacts in both the public and private sector. Mark is very prominent in the Irish and British networks in Brussels and also maintains a strong international network. He has recruited over 30 senior executives across Europe since joining Ardlinn.